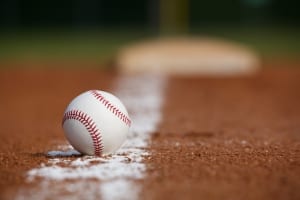 Summer is nearly here, which can only mean one thing: it’s finally time for some good, old-fashioned Minnesota Twins baseball! In 2010, the Minnesota Twins officially moved into their new home, Target Field, effectively saying, “Goodbye,” to countless memories inside the undeniably homely Metrodome. Target Field brought new life to the franchise, as well as two neighborhoods (Downtown and up-and-coming North Loop). Fast forward 10 years and North Loop has evolved into one of the most desirable Minneapolis neighborhoods, certainly for Millennials and Gen Zs. During summer’s haze, Target Field is the place to be for so many, not just baseball fans. Its unique blend of architecture, atmosphere, city skyscapes, local beer, classic eats, and towering home runs has Minnesotans returning time and time again to cheer on the Twins.

It’s worth noting that Minnestay boasts over a dozen luxurious city lofts within walking distance of Target Field, as well as countless bars, restaurants, and breweries. While there’s no wrong way to spend the hours leading up to a Twins game, we typically recommend grabbing a bite at a local hot spot and a pint or two at an award-winning craft brewery. Sable’s city lofts are adjacent to several top-rated eateries, including Smack Shack, The Freehouse, and Black Sheep Pizza, all of which gleefully greet large groups of travelers clad in red, white, and navy blue Twins gear.

If you’re looking for last-minute parking near Target Field, SpotHero is the best app on the market. Otherwise, we provide free parking for all of our guests. You’ll also be happy to hear that Sable’s loft apartments in Minneapolis are just a stone’s throw away from several breweries near Target Field. Modist Brewing boasts the juiciest New England-style IPAs in North Loop; Fulton Beer has the best atmosphere near the stadium; and Inbound BrewCo is littered with cute, cuddly pups.

Target Field at a Glance

We know a thing or two about Target Field because our staff has, collectively, been to hundreds of games over the past decade. Here are 10 useful tips about planning and attending a Twins game:

Minnestay is proud to provide a wide variety of luxury condos in Minneapolis, specifically in the bustling North Loop neighborhood. While Sable’s city lofts are steps from a variety of bars, clubs, and breweries, you’ll likely want to spend the rest of your evening on the rooftop deck with friends new and old. Commemorate the day with drinks and stories around the outdoor fire pits or inside the Member’s Lounge. The rooftop deck’s skyline views are simply stunning. Please give us a call today at 612-216-5511 to book a long-awaited date with Target Field.